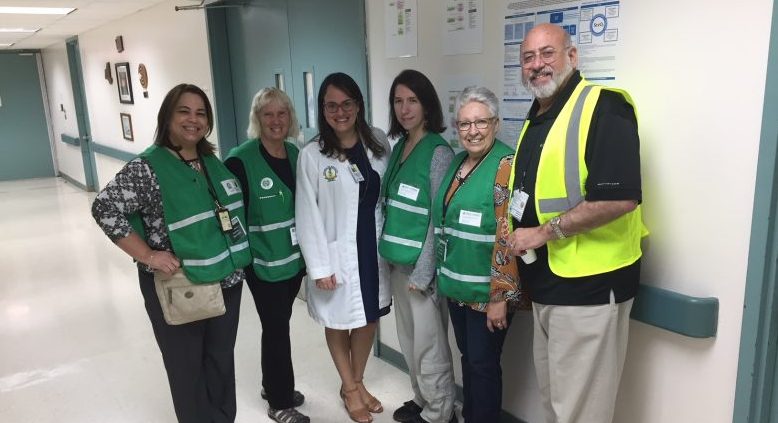 For nine days in January, a team was deployed from the Green Cross Academy of Traumatology, with members from the Center for Trauma & Resiliency Studies (CTRS), to San Juan, Puerto Rico and surrounding areas to provide relief services following the devastation of Hurricane Maria.  Working with Dr. Carlos Velasquez-Garcia, who founded the Puerto Rico Center of Traumatology, the team worked on structuring an assistance program with the ongoing relief efforts.

Following Hurricane Maria, many of the medical practitioners and health care providers had been working around to clock to serve those without many basic necessities; however, they were in need of care themselves. Compassion fatigue can occur in first responders, mental health professionals, doctors, nurses, social workers and others who work closely with trauma survivors.

Currently, the social service system is stretched thin and San Juan’s largest hospital, Centro Medico, has staff who are still overworking and recovering from the exhausting hours and exposure to trauma they experienced during Hurricane Maria.

Anthony Flores, a M.S. in Counseling student, helped with the compassion fatigue training, critical to the efforts of those serving.  “We did a lot good work on the gorgeous island, with a people just as beautiful,” said Flores. “We did a number of trainings addressing compassion fatigue and some individual work. The people’s reactions differed. Some were angry that it took so long for us to show up, some were a little wary about our presence, but the majority were grateful and happy we were there to help them.

Flores spent time at the central makeshift clinic they had put up at the local Catholic parish. While at the clinic, he was given a translator to assist in doing counseling and debriefs with some of their patients. To end the training sessions, he helped to lead the group through a spiritual visualization he learned from a past CTRS training.

Dr. Benjamin Keyes, the Director of the CTRS, reported that about a quarter of the population they served had signs of post-traumatic stress disorder, which included flashbacks, agitation and depressive symptoms.  While the team was working with them, Dr. Keyes noticed the symptoms decreased during the short period they were there.

“There is still much need there, and I can confidently say that we did a lot in a short time,” concluded Flores. “The Puerto Ricans are a resilient people, and in the end we laughed with them, we celebrated with them, we cried with them, and we loved them.”

The CTRS Team hopes to return to complete additional trainings and provide support to the field workers.